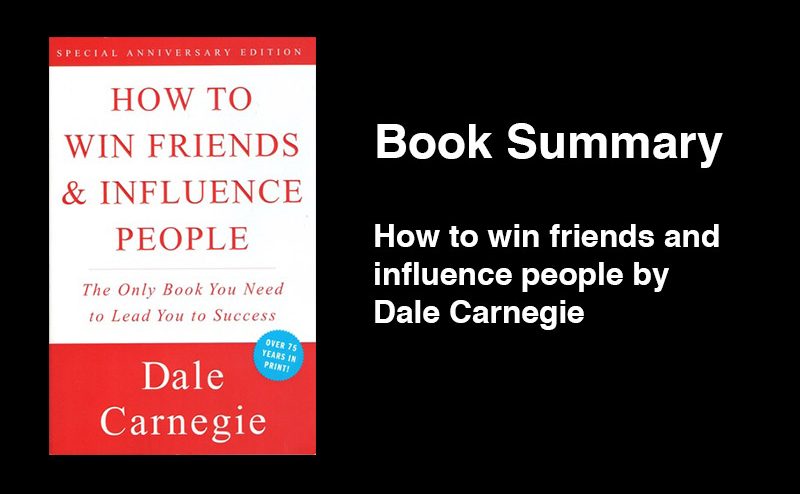 How to win friends and influence people – Book Summary

Dale Carnegie was born the 24th of November 1888 and died the 1st November 1955. He was an American writer and lecturer. Moreover, he became famous providing courses in self-improvement, public speaking, interpersonal skills, salesmanship and corporate training. https://en.wikipedia.org/wiki/Dale_Carnegie

Book Summary – How to Win Friends and Influence People

How to win friends and influence people is a great book. It teaches you about human relation and how to deal with people. If you are willing to become a team leader, this book is for you.

Those techniques focus on finding what people can gain by giving them what they want. That way you will be able to get what you want.

Those techniques are basic human relations that teach you how to make the other people want to be your friend or simply appreciate spending the time with you.

How to win people to your way of thinking

Those actions help you gain a good first impression from people you do not know well. Simply try to understand their way of thinking and adapt yourself to their behaviors.

Be a leader: How to change People Without Giving Offence or Arousing Resentment

Those techniques help a manager or a leader to gently give them order without affecting their pride. The goal is to make sure the person can get benefits from listening to you.

How to win friends and influence people is a must read, first of all, it is very easy to read. Secondly, it includes a quote that summarizes each chapter really well. An easy way to remember the main key points of the book. 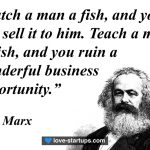 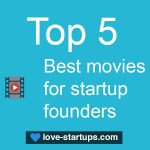 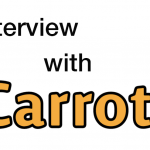